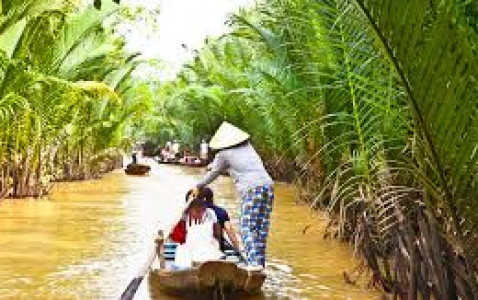 This program combines the hidden charm of Vietnam and the mystican treasures of Angkor, vibrant Phnom Penh in Cambodia. It is a memorable journey of both history and culture. And it is designed for people who have a short time, want to discover both two countries in Indochina Region.

We will have lunch before go to Cu Chi Tunnels to explore the amazing site where Viet Cong hid during the War. It is now a popular spot for both Vietnamese & foreign tourists - the network of over 200km of tunnels became legendary when they played a vital role in the War. In their heyday, the tunnels were functioning underground cities including numerous trap doors, specially constructed living areas, storage facilities, weapons factories, field hospitals, command centers & kitchens. There is plenty of evidence of the fierce battle that took place here during the 1960s when Cu Chi was a "Free Target Zone". Visitors can watch a short introductory video showing how the tunnels were constructed before entering the tunnels. Spend the next hour exploring the tunnels. Afterwards, enjoy tea, cassava (guerrilla’s food in war time). Return to hotel. Ovenight in HCMC.

08.00: Start from your hotel in HCMC to Cai Be, stopping en route at the ornate Cao Dai Temple. From Cai Be, take a boat trip along the mighty Mekong River and its tributaries to view the daily lives of people who work and play on the waterways of the Mekong Delta.The trip includes a visit to the floating market at Cai Be,and a family-run business producing pop rice,coconut candy,rice paper- a key ingredient in Vietnamese cuisine. Lunch is on an island mid-river, in a local house set amongst fruit orchards and bonsai trees and then followed by a performance of traditional Vietnamese music. Continue to Vinh Long by sampan boat, and proceed by car to Can Tho for overnight.

08.00: After breakfast at your hotel, we will transfer to boat station, to take a boat trip exploring the picturesque tributaries of the Lower Mekong River (Bassac River), then visit the Cai Rang Floating Market, which are the best in the region. You will probably have tried Vietnamese vermicelli soup, so now go and see how it is made. Then wander around the village and talk with the local people. Learn how to cross a "monkey bridge" which is built from a single bamboo. Break for lunch. Proceed to Chau Doc, stopping off at Long Xuyen to visit the Thot Not Bird Sanctuary. From the summit of the Sam Mountain, admire the beautiful landscape around the Vietnamese - Cambodian border. Visit the carved pagoda. Overnight in Chau Doc.

After breakfast, transfer to a Hang Chau express speed boat at 06.40 for the final part of the journey to Phnom Penh. Arrive at Sisowath Tourist Dock in Phnom Penh at around 12.00. We will pick up and transfer to hotel for check in. Free and easy in Phnompenh. Overnight in Phnom Penh.

Breakfast at hotel. We visit Independence Monument. Continue to the Royal Palace, built by King Norodom in 1866 on the site of the old town, and the Silver Pagoda. Located within the grounds of the Royal Palace, the Silver Pagoda is so named because of its floor, which is made up of 5000 silver tiles. The treasures found inside include a solid gold Buddha encrusted and weighing 90kilograms and a small 17th century emerald and baccarat crystal Buddha. we visit the Toul Sleng Prison Museum and the Killing Fields of Choeung Ek - both grim reminders of Cambodia's bloody past under Pol Pot. It is almost inconceivable to confront the nature of true evil here in this gentle land, but the Buddhist memorial at Choeung Ek, commemorates the 1.7 million victims of the 1975-79 Pol Pot regime. This excursion may prove distressing for some. It is, however, an important piece of this country’s historical and cultural puzzle.

Have a lunch in the local restaurant. Then, transfer to airport, flight to Siemreap. Overnight at Siemreap.

Breakfast at hotel. Visit Angkor Thom, the South Gate of Angkor Thom, Bayon Temple, built from the late 12th century to the early 13th century by King Jayavarman VII and consists of 54 towers, the Royal Enclosure, the Phimeanakas, the Elephants Terrace and the Terrace of the Leper King, then visit Ta Prohm, surrounded by jungle. Visit Angkor Wat, the largest temples in world and covers an area of 200 hectares and surrounded by moat and an exterior wall measuring 1300 meters x 1500 meters. Early this evening, we will take the Tuk Tuk (the most common taxi in Cambodia) to cruise around the Siem Reap and town and and for a blessing ceremony by Buddhist monks for happiness, prosperity and safety for your journey.

We will have a farewell dinner in the local restaurant. Overnight  in Siem Reap.

Breakfast at hotel. Visit Banteay Srei, constructed at the late 10th century by a Brahmin counselor under a powerking Rajendarvarman. It was loosely translated to citadel of the woman, but it is a modern appellation that probably refers to the delicate beauty of the carvings. Along the way, we make stopover at the Preah Dark Village and we follow these with a visit the Banteay Samre Temple adorned with impressive relief’s depicting scenes of Vishunu as well as Krishna legends. Lunch at local restaurant Visit Preah Khan Temple, built by King Jayavarman VII dedicated to his father. It is a huge, highly exportable monastic complex, and served as a Buddhist monastery and school, engaging over 1000 monks. Continue to Neak Pean, a small island temple located in the middle of the last Baray, constructed by a Khmer king in the Angkor Area. Then we transfer you to airport, fly home or next destination. Tour ends. 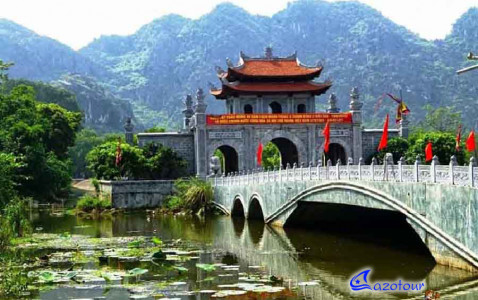 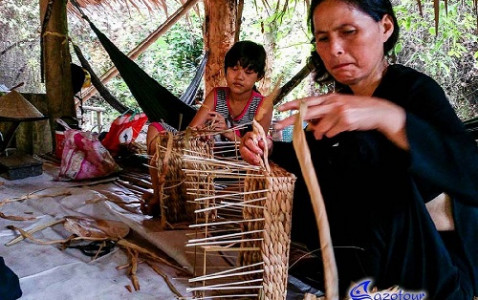 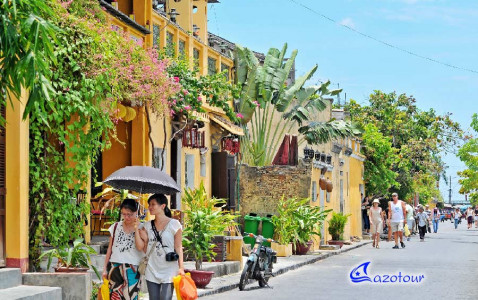 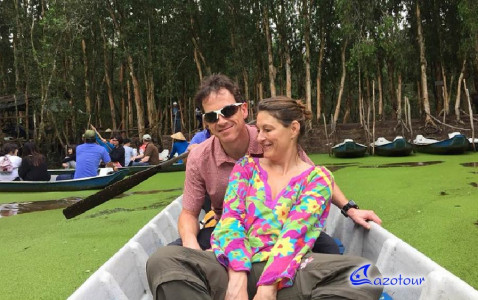 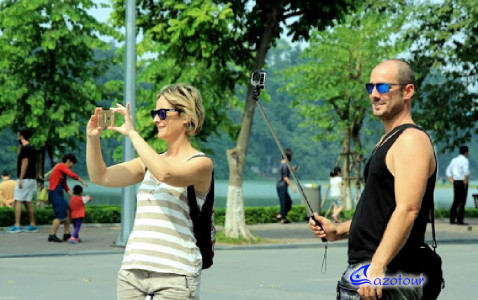 The most attractive places in The Northern of Vietnam

It combines the hidden charm of Vietnam and the mystican treasures of Angkor - a memorable...
Price from: $697pp
Detail Book Now 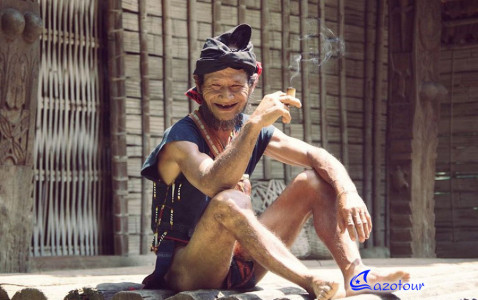 An idea trip for travelers, who would like to understand Vietnam from North to the South,...
Price from: $1978pp
Detail Book Now 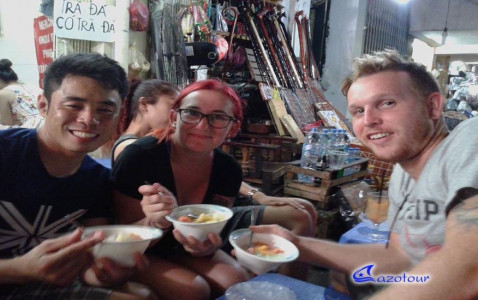 Half Day | Activities:
Hanoi is always one the most attractive destination of Vietnam. A short trip in Old...
Price from: $18pp
Detail Book Now 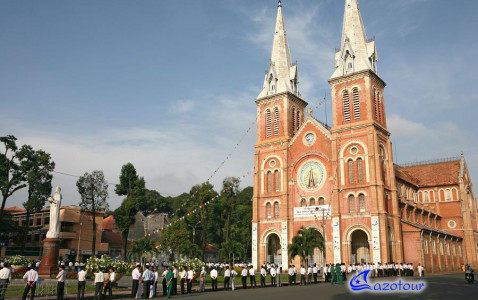 Ho Chi Minh City is a Vietnam biggest city, which you can take half day tour with many...
Price from: $28pp
Detail Book Now 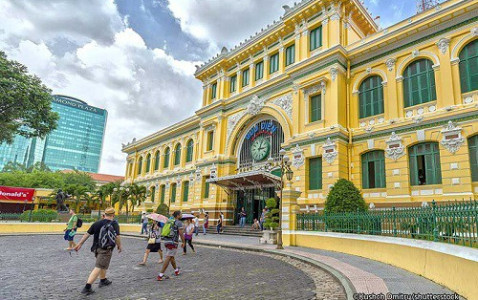 Mekong Delta Highlight Trip in 3 Days 2 Nights is an interesting journey to explore the...
Price from: $175pp
Detail Book Now 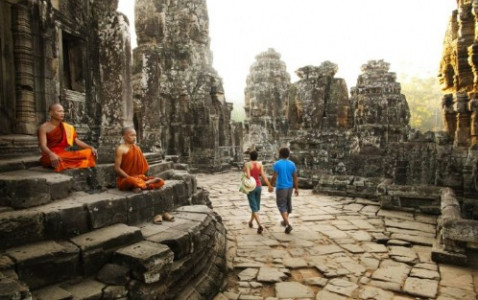 With almost 2 weeks of exploring, we will take you to see all the best of Cambodia, from...
Price from: Contact us
Detail Book Now 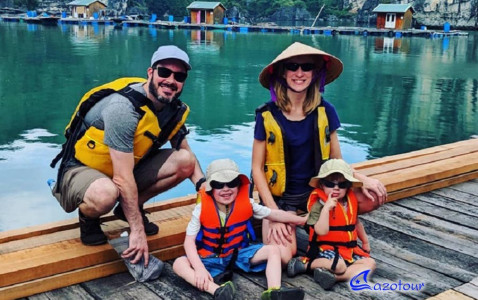 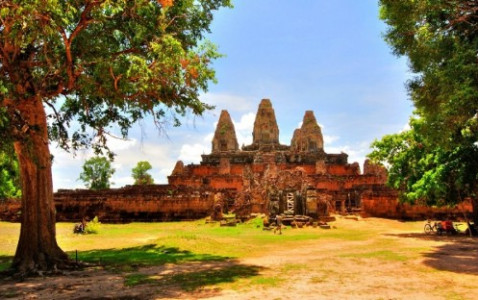 Vietnam and Cambodia Exploration Trip 14 Days will bring you to the most amazing...
Price from: $1135pp
Detail Book Now 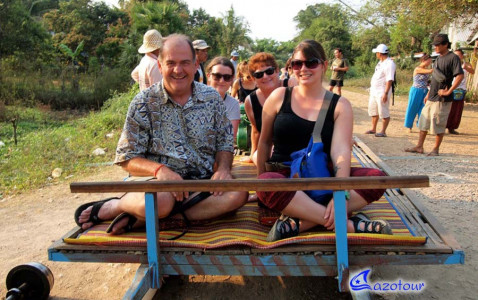 Essential Of Vietnam and Laos

Essential Of Vietnam and Laos will take you to discover the beautiful landscapes and...
Price from: $1525pp
Detail Book Now 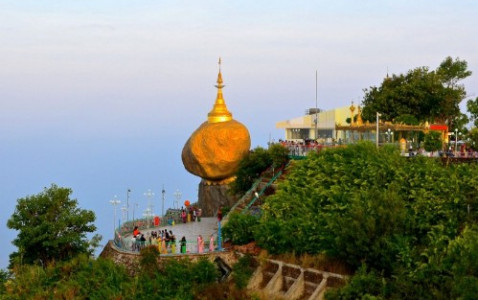