Erstwhile Burma – now Myanmar – has slowly but surely been coming into the tourist fold in the last couple of decades. As the iron-fist of its military junta slackens and fair elections sweep across the nation, there’s a newfound love for the backpacker and adventure traveler. The country sandwiched between India and the mainstays of Southeast Asia – certainly has its fair share of awesome things to see though. You can experience the frenetic pulse of modern Burmese life in the pagoda-topped metropolis of Yangon. Or, you can hike wild hills in the old lands of the Shan Kings, meeting lake farmers at Inle and the rusting relics of British rule in Kalaw.

Let's explore the best places to visit in Myanmar: 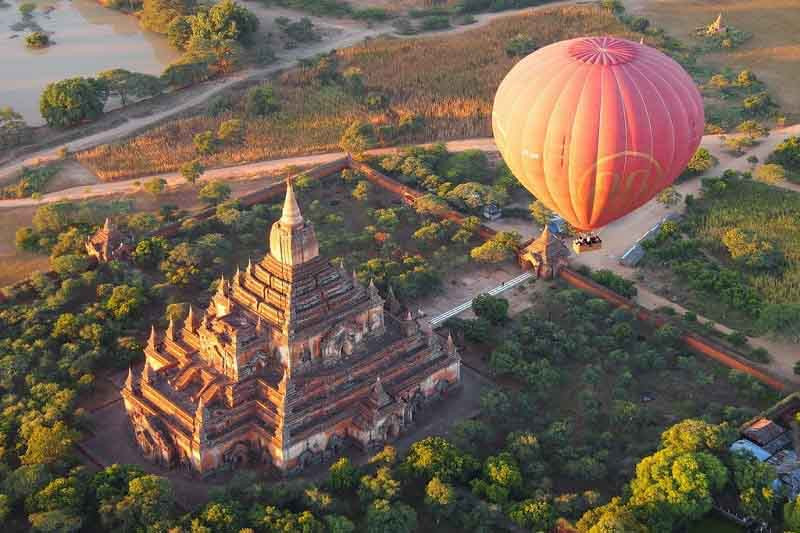 Breathtaking Bagan bags a well-deserved top spot on this list of the best places to visit in Myanmar. The reason? Most all travelers who head this way leave with a distinct sense of awe and amazement. And it’s easy to see, why? A sea of countless temple tops pierce the clouds and the forests; plumes of dust coalesce at the spires of ancient stupas; the faded outlines of forgotten Hindu demigods beckon from the great platforms, and all the while the serrated tips of the Arakan Mountains loom in the background. Seeing Bagan by balloon is becoming increasingly popular, and offers a truly unique view over this 26-square-mile land of temples.

Yangon found glory in the days of British rule, rising with the rise of the Raj and becoming a patchwork of elegant Victorian townhouses and Georgian builds. Much of that side of the city remains intact too, and today you can navigate the tuk-tuk-packed roadways to see the likes of St Mary’s Cathedral and its Anglo spires. However, the real piece de resistance (and what typically magnetizes travelers to this erstwhile Burmese capital) has to be the Shwedagon Pagoda. This marks the sacred spot where the holy lotus buds once appeared to signal the coming of Gautama Buddha and guide the learned to Nirvana. Be sure to visit the site and wonder and the glimmering gold construction, the prayer rooms, and the exquisitely carved pavilions for pilgrims. 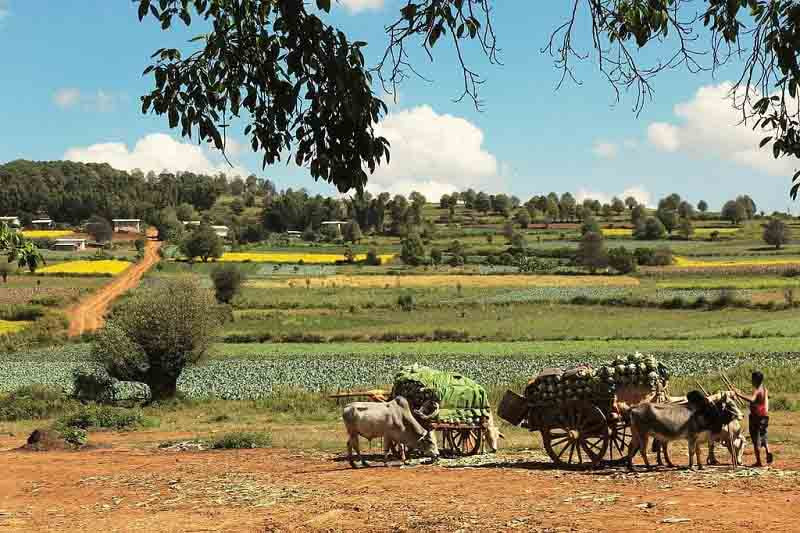 Kalaw has risen and risen on the Myanmar tourist scene to become one of the favored destinations for trekkers and adventurers hitting the country’s eastern mountains. Perched high up on the ridges of the Shan hills, the spot began life as a mountain town under British rule, intended to offer a respite from the Asian heat of the plains below. Today, visitors can still enjoy the cooling breezes of the highlands, along with a clutch of laid-back guesthouses, excellent food markets, and – most importantly – hiking without the need for a permit! 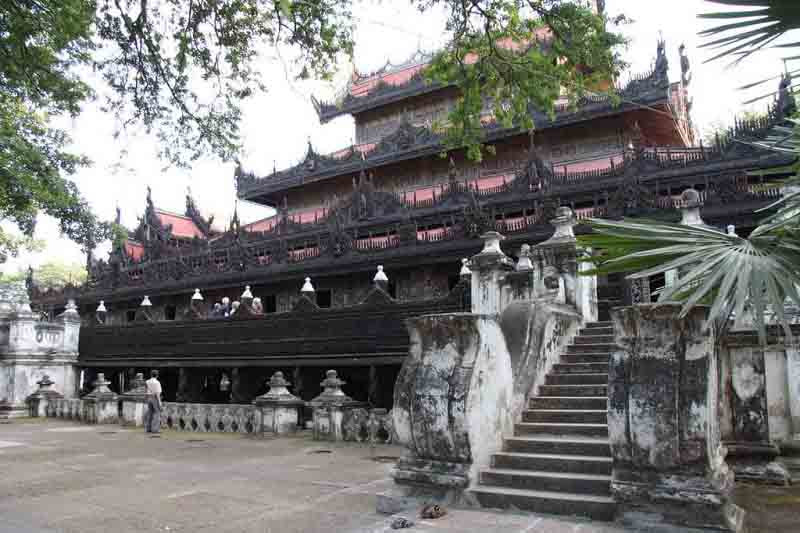 You can only imagine just how resplendent the city of Mandalay would have looked when that mighty Shwenandaw Monastery glimmered with its coverings of gold leaf, and it’s easy to see why even the very name of this mysterious temple-topped town in the depths of central Myanmar has inspired poems and lines by perhaps Asia’s most prolific English eulogizer: Kipling. However, modern Mandalay does well to balance all those elegant Bamar pagodas and carved stupas with a real bout of Burmese pandemonium. This is, after all, the second-largest town in Myanmar, a pilgrimage site (thanks to the Maha Myat Muni Paya), and a famous tourist destination (known for its walled Royal Palace) all rolled into one! 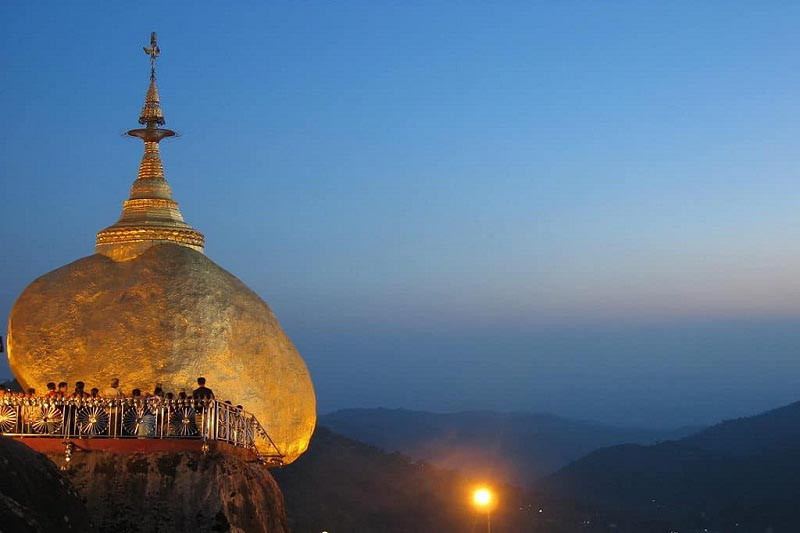 It’s just a short jaunt east from Yangon to the soaring heights of Mount Kyaiktiyo, which are famed as the home of one of the most revered Buddhist relics in the nation: the precariously-placed Golden Rock. This awesome, gravity-defying mass of granite can be found perched on its own ledge atop the rolling forests and green hills of south-central Burma. Legend has it that it’s suspended by a single thread of Buddha’s own hair, and (male) pilgrims come to scale the winding steps to the wonder to leave gold leaf and gain inspiration. The site is surrounded by its own temple and pagoda, complete with immersive little shrines to lesser-known Buddhist spirits. 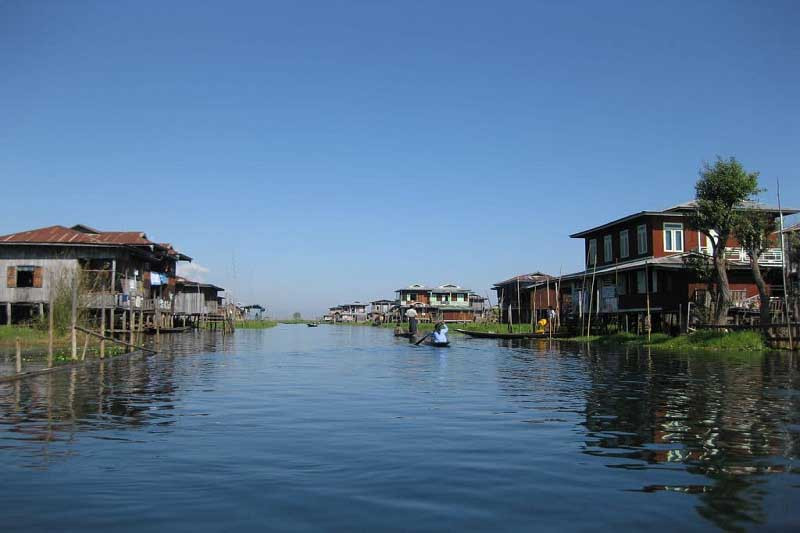 The moment you spot the curious leg rowers of Inle Lake, and hear the creaking splash of those carved canoes drifting across the water, you’ll know you’re in the heartlands of rustic Myanmar. A place where time has stood still, this huge body of water is peppered with stilted villages made of wood. The locals are known for their on-surface agricultural methods, and you’ll be able to see dashes of green gardens growing straight from the lake. Major religious sites like the Hpaung Daw U Pagoda (which has an amazing festival in late-summer) also dot the banks, but the real draw has to be the food, which oozes fresh herbs, Chinese spices and lake-caught fish. 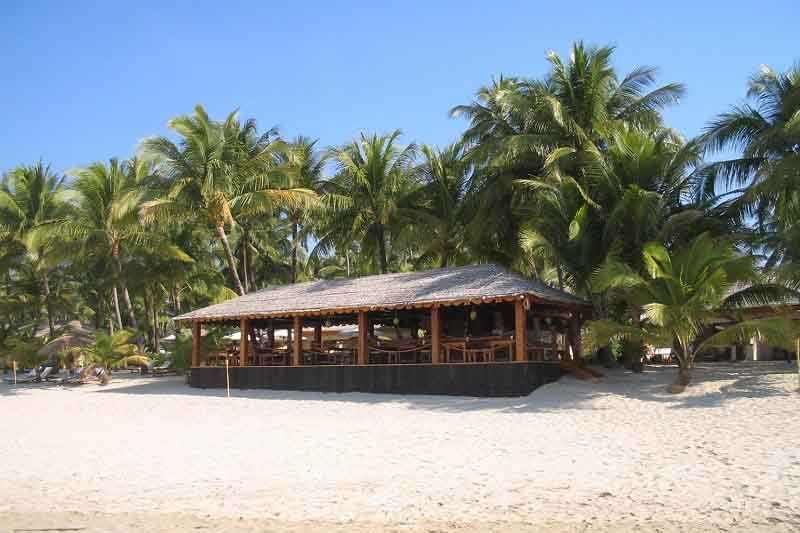 There’s no sand stretch in all of Myanmar as popular as Ngapali. A large curve of yellow-white that arches its way around the Bay of Bengal, it’s got a lapping ocean of turquoise waves and a fringing of huge palm trees. The occasional clutch of salt-washed fishing boats drift in and out of the bay during the day, feeding the kitchens with an endless supply of fresh seafood. There are oodles of loungers dotting the sands too, and plenty of tour organizers offering SCUBA expeditions, water skiing, jet skiing, sea kayaking and more. Ngapali also has its very own airport, making it one of the easier coastal spots to reach from the capital. 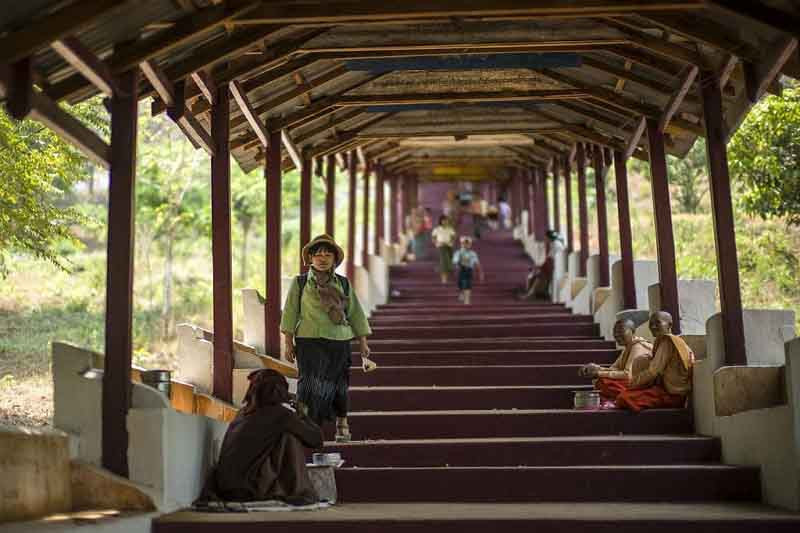 Pindaya is one of Myanmar’s more off-the-beaten-track religious sites. It makes its home in the rising Shan Hills of the eastern Myelat region, and offers a unique glimpse at the deep Buddhist histories of the nation. Formed from a series of deep caves, Pindaya is home to some 8,000 individual images of the Buddha, which can just be made out glimmering in gold and brass hues in the shadowy caverns. You can also wallow on the lakeside in the town of Pindaya, which enjoys a prime location between the peaks, and at the start of the popular cross-mountain trekking routes to Kalaw to boot. 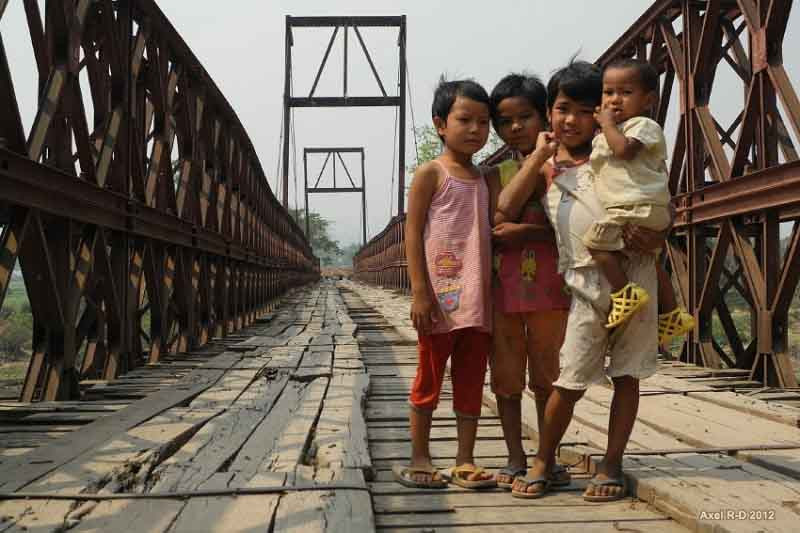 Prep the walking boots and thigh muscles for that trip to highland Hsipaw, because this onetime royal capital of the Shan peoples is slowly rising to compete with even aforementioned Kalaw on the trekking front. Don’t be surprised if you get caught up in these deep northern mountains longer than you thought – not only are the sweeping views of sun-scorched forests to die for, but there’s a rich cultural tradition to uncover too. You can experience this between the craft stalls of the town’s Central Market, or seek it out at the Shan Palace that still stands nostalgically atop the streets here. 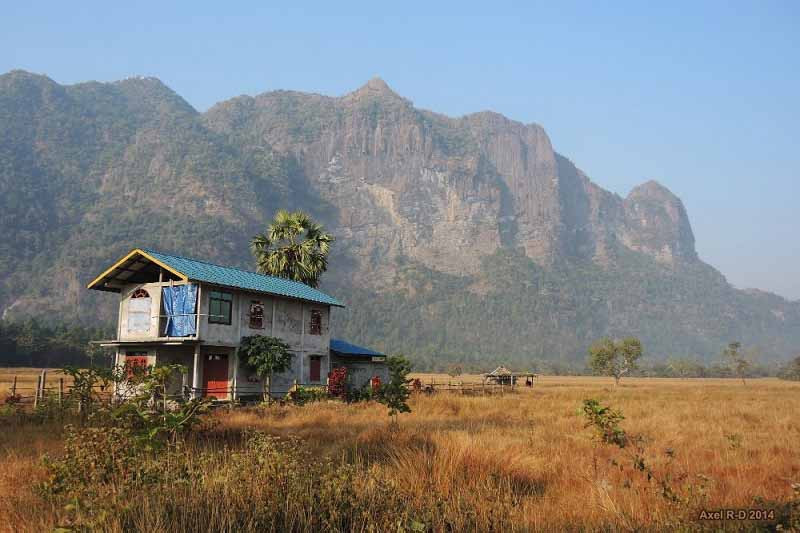 Nestled between craggy, jungle-topped peaks and ringed by the reflective waters of the Thanlwin River, little Hpa-an is a rustic, rough-around-the-edges traveler town with some great hostels, guesthouses, and beer bars. Head down the bustling strip of Zaydan Road to flit between the coffee joints and spice-scented roadside kitchens, or make a beeline for the pretty lakeside of Kan Thar Yar, which shimmers like a mirror within walking distance of the center. And when it’s time to explore the karst peaks on the horizon, mysterious Mount Zwegabin and its hilltop monastery beckon. 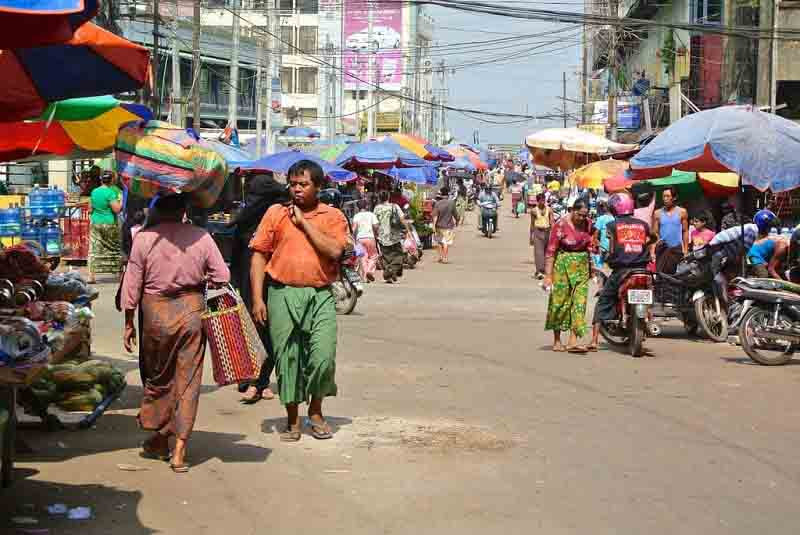 A big city with a laid-back feel, Mawlamyine is a welcome break from the hustle and bustle of other Burmese metropolises like Yangon and Naypyidaw. It can be found deep in the territory of the Mon, just a stone’s throw from the border with Thailand, where it exudes a different sort of cultural character than many other places on this list. You’ll be able to climb to soaring pagodas like the Mahamuni Paya, which oozes Mon architectural twists, or you can see the high-perched Uzina Paya stupa, dressed in gold thanks to the offerings of countless pilgrims. Meanwhile, the town’s Central Market bustles with fruit and veg sellers, and there’s the opportunity to take a boat across to curiously-named Shampoo Island (home to some interesting Buddhist shrines, not hair products!). 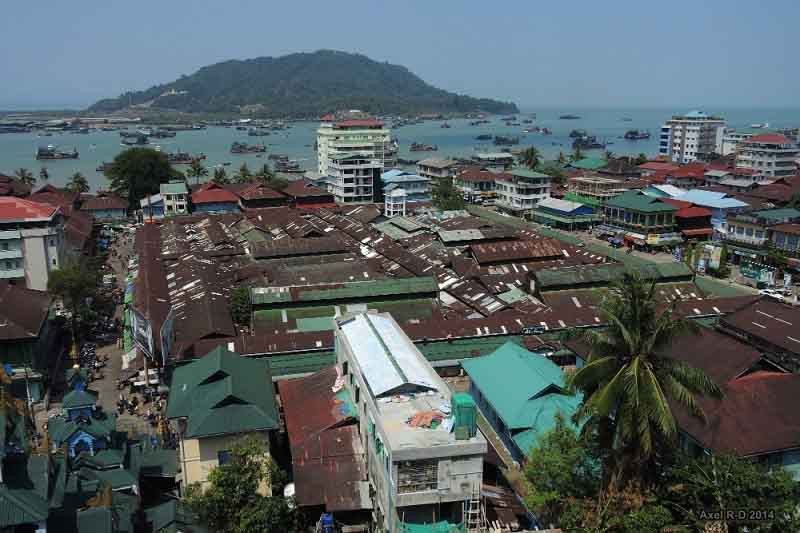 The many names of the Mergui Archipelago (this smattering of countless land masses in the Andaman Sea is also called Myeik Archipelago and the Pashu Islands) reflects the eclectic character of the various destinations it contains. Largely untrodden, the wealth of more than 800 islets here offers up everything from secluded sands that glow pearl-white under the Asian sun to wild mangroves stalked by macaques (look to the reserves of large Lampi Island for some of the best of those). Sailing is becoming big here too, and yachters flock to enjoy flitting between the uninhabited rocks and coves, salt-washed fishing villages and the settlements of sea nomads. 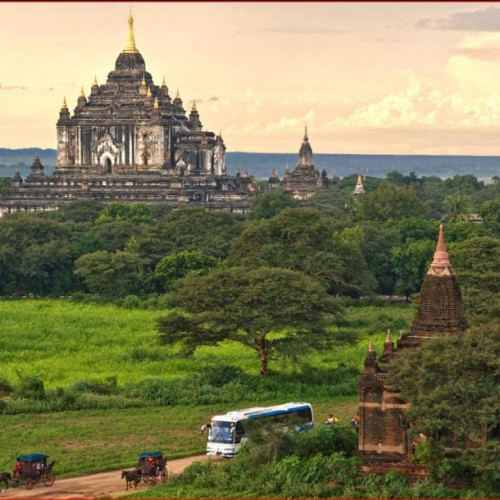 Being a country full of intriguing history and tradition, Myanmar is slowly becoming an...