Hanoi - How To Get In & Around

Note: you should ask the price before starting to go and should choose a reputable taxi brand like Mai Linh or Taxi Group to avoid being cheated.

Besides, you might also question that Can I get a grab from Hanoi airport? And the answer is yes. Grab is available at most of the cities in Vietnam so you can easily get one if you have a smartphone with Grab app.

- Hanoi railway station (or Le Duan station) is one of the main railway stations on the North–South Railway (Reunification Express) in Vietnam. The station is located at 120 Lê Duẩn Street, Cua Nam Ward, Hoan Kiem District of Hanoi and is the starting point of five railway lines leading to almost every Vietnamese province.

- Tran Quy Cap railway station: Just behind the main station (A Station) on Le Duan street is Tran Quy Cap station (B Station). The train services to the North-West including Lao Cai, from which you reach Sapa, and all Northbound trains leave from there as well.

- Gia Lam Station: This is a station located in the North Eastern Gia Lam district of Hanoi. It is the terminus of the standard-gauge railway linking Vietnam to China. The daily train to Nanning (610 km) departs from this station instead of the main Hanoi railway station, which is served only by metre gauge tracks.

Travelling in a long time (1 month, 2 months) make you want to save money on every way and bus is the cheapest and most convenient means of transportation. In Hanoi, many companies are operating tourist bus to other attractive destinations in Vietnam. Below are some of bus stations which are populars for foreign travelers:

This is the newest and most modern bus station in Hanoi. From the My Dinh bus station depart daily buses to the North and Northwest. In My Dinh, there are also buses, which depart to Sapa and Halong Bay.

Some popular routes are:

The bus terminal is 3 kilometers away from the city centre. Buses leave from here to the Northeast, but also to Ha Long Bay, Lang Son and Haiphong.

Being a first introduced tourist mean of transportation, this type of double-decker and open top bus is greatly loved by both the local and sightseers in Hanoi day trips. You can purchase ticket at ticket counters (at Hoan Kiem lake parking) or online on www.hopon-hopoff.vn or just get on the bus and pay directly to the servant.

Hop on Hop off Bus Stops

Taxi is very poupar in Hanoi but a major concern for most travelers in Vietnam is avoiding falling prey to taxi scams. Guide books constantly warn about it and, while it’s not as bad as it once was, it is still something that happens fairly regularly…if you’re not careful. But if you stick with the major taxi companies in Hanoi, you should never have an issue. To help ensure your trip goes as smoothly as possible, follow these tips:

You can’t walk far in Hoan Kiem, particularly around the old streets and the lake, without seeing a cyclo. You can’t even walk far without being accosted by a cyclo driver, offering to take you on a ride around the area. In other words, the answer to the question, “Where can I get a cyclo in Hanoi?” is easy: “Anywhere there are tourists.”

That said, if you do manage to pick a time when there are none about, head to the north of the lake; quite a few usually cluster near the tourist office opposite KFC or around by Ngoc Son pagoda. If it’s a sunny day, many can be found in the shade along the southern end of Hang Dau, behind the soldiers’ monument. Further south, the area around the Opera House — next to the park opposite the Hilton Opera Hotel or towards the History Museum — is a popular waiting spot.

The standard offer is a one-hour trip around the Old Quarter streets: expect to visit Hang Bac, Ma May, Hang Ma and the other usual suspects. To get a bit more variety ask to include a ride around Hoan Kiem Lake and over to the Opera House and past the Sofitel Metropole — that should be feasible in an hour.

A reasonable price  for cyclo is 100,000 VND for one person for one hour. If two of you want to share then expect to pay a bit more. You might be able to haggle down a bit lower — 100,000 VND was the first asking price of one driver I talked to yesterday, which suggests he would have dropped it had I asked, the next started at 150,000 VND — but remember, these guys are cycling your weight around for an hour in the heat and probably only get one or two passengers a day, so don’t be too hard on them.

You might have questions: What's make Hanoi become different with other countries in the... 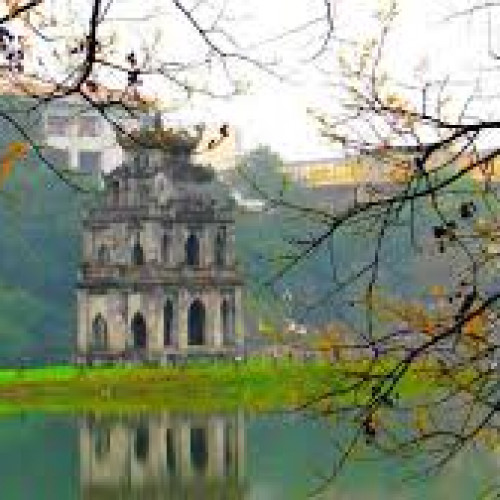 Top Things To Do In Hanoi

Hanoi is very compact, and the city’s most interesting places for tourists are all... 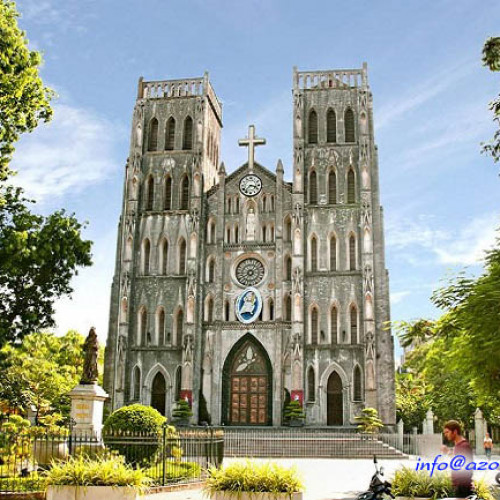 Hanoi - When is the best time to visit Hanoi

Hanoi, Vietnam Capital, is located in the Red River Delta. It has a typical mild,...